One of the Celtic culture’s most vivid and memorable symbols is the Celtic Tree of Life symbol. Not only did it hold a respected place in their belief system, especially with the Ancient Celtic druids, but still today, the Celtic tree of life is a beloved symbol that many intertwine into their lives. Be that with tattoos, Celtic jewelry, or other murals and artwork.

This ancient symbol of balance and harmony may often be associated with the Ancient Irish people but did you know that this symbol of life can be found in many different cultures across the world and throughout history? Well, you do now. It’s also one of the few Celtic symbols that actually had a place in Ancient Irish culture.

So, let’s dive deep into the symbolic meaning of the Celtic tree of life, where it originated, and even how it appears in other cultural beliefs.

What Does The Celtic Tree Of Life Symbolise?

The Celtic tree of life symbolizes harmony and balance. It was one of the most influential symbols in Celtic paganism.

Paganism was a religion or belief system that revolved around the importance of nature, its influence on the lives of the people who believed, and the gods and goddesses connected to different natural elements and locations.

The Celtic tree of life had many symbolic meanings. It may have represented the harmony created by mother nature and her very own delicate balance.

The tree of life had branches that reached far into the sky and roots that traveled deep into the ground. The tree of life also symbolizes the connection between this world and the other world. The Ancient Celts believed the tree of life was a physical gateway to the spirit realm.

Trees were very prominent in Celtic paganistic beliefs, and the tree of life was the ultimate tree-borne symbol. It symbolized strength, longevity, and wisdom. This belief stemmed from the long life of most trees, especially the oak tree that the tree of life was often depicted as.

The cyclical life of a tree also meant that the tree of life symbolized resilience and rebirth. If you think about it, the transition from winter to spring really is a magical wonder in nature. It comes as no surprise that the Celtic people of Ireland saw trees as a symbol of new beginnings and hope.

What Is The Origin Of The Tree Of Life?

Although the world tree design is considered a Celtic symbol, it dates back far earlier than that. This symbol can be traced back to Ancient Mesopotamia and Ancient Egypt. Undeniably, the tree of life wasn’t just a Celtic symbol but was also central to many other cultures and their religious beliefs.

The strongest theory of the origins of the tree of life ties it to Central Asia. It’s thought that the tree of life symbol may have begun here thousands of years ago and slowly filtered through other cultural beliefs such as the Celts.

However, history has a magical way of hiding much of the information we need, and many of these are just theories. Right now, we don’t know exactly where the tree of life symbol originated. We know that cultures that celebrated and respected the tree of life spanned the globe.

As for Irish Celtic history, the tree of life was actually known by another name. Crann Bethadh. This name means tree of life in the native Irish Gaelic language, and their tree of life had its own story.

Ancient Celtic pagans had a truly deep and respectful love for trees in their Ancient belief system. None more than the stoic oak tree. It is this specific tree that represents the Crann Bethadh symbol. It was chosen for its strength, resilience, and the hope it weaved into the psyche of the ancient Irish people.

The Celts saw trees as vital to their very survival in Ireland. It was the trees that provided shelter, warmth, and food, as well as a place for wildlife to shelter and thrive.

Every time a new community was built an oak would be planted in the centre of the new community. This tree would become the hub of the community and was often the place of many community meetings.

Ancient Irish people thought of this particular tree as a gateway to the spirit world or the world of the fairies. The Irish word for Oak ‘Daur’ is where the word door originated.

Many Irish folktales centred around the prominent oak tree. For example, they thought that if you were to fall asleep by an oak you could very well wake up in the fairy world.

Not only that, but they also believed that the life tree, the oak trees, could bless them with prosperity.

The oak was so important to Celtic tribes that it was thought their enemies could be rendered powerless and vulnerable if their sacred tree was destroyed.

It’s these strong and powerful symbols that have made the Celtic tree of life an incredibly popular tattoo subject for decades.

Crann Bethadh In Other Cultures

The Ancient Celts weren’t the first, nor the last, to celebrate the power of the tree of life. So, let’s look at other cultures that believed in the balancing nature of the Crann Bethadh.

The Celtic Irish didn’t just belong to the Emerald Isle of Ireland. They also traveled and settled in the Scottish Highlands. So, it is no surprise that they also brought their belief in the tree of life with them.

Norse mythology was a colorful blend of bold mythical characters and symbols. Their tree of life or Yggdrasil was one of the most important symbols that ran through their beliefs. According to Norse mythology, Yggdrasil was at the very center of the universe, and the nine realms of the cosmos hung from its branches.

Those nine realms were:

Yggdrasil symbolises creations, sustenance, and wisdom. However, to the Vikings specifically, it also symbolised death and chaos.

Unlike the Celtic people, Ancient Norsemen depicted their tree of life as the mighty ash tree. This tree provided a sense of structure and stability to their lives.

All we know is that it was an important symbol and it has been found carved behind the royal throne at King’s Palace in Nimrod, as well as other similar important positions in Ancient Assyrian palaces.

Stories of a spiritual peach tree can be found in Chinese Taoist tales. This tree symbolises immortality, one’s own essence, and its connection to all life.

In Chinese mythology, a carving of the tree of life can be found surrounded by a phoenix and a dragon. The dragon is supposed to represent one’s soul or essence, whereas the Phoenix symbolises the fire of changing but immortal life.

It is also said that the tree only bears one single fruit every few thousand tears. The person who eats that fruit will be blessed with immortal life.

The tree of life, known as Kalpavriksha in Hinduist culture, can be found in the sacred books of Hinduism. It is said that this sacred tree dwells in the garden of Amaravati City and is guarded by Gandharvas.

Gold in colour, the sacred tree of the Hindus is believed to have a soothing and charming aura and it grants wishes when it is pleased. To please the divine tree, Kalpavriksha, you must give it offerings and delight it with chantings.

The Tree Of Life Knot Design

Many people adore the beauty and intricacy of the Celtic tree of life so much that they have it permanently tattooed on their bodies. You may even be one of those people yourself or perhaps you are considering it. So, let’s look at what the tree of life knot design should look like.

The Celtic tree of life seems to have two artistic interpretations.

First, the tree of life symbol can feature an artistically drawn oak whose roots are woven into an intricate and traditional pattern of Celtic knots.

Alternatively, some Celtic tree of life knots swaps these elements around. Showing simple roots but a very intricate leaf pattern that is woven into a knot formation. Sometimes these designs are also surrounded by another Celtic knot ring.

Neither of these designs is wrong, the Irish Celts were artistic people who had many different interpretations of their symbols.

What Tree Symbolises The Tree Of Life?

In Ancient Celtic culture, trees were the bearers of love, romance, passion, change, and protection – just to name a few of their intimate symbolisms. There isn’t one single tree that symbolises death.

However, the destruction of these trees could be seen as omens of death, especially if it involved their most respected tree, the Oak.

Here is a list of trees and important plants that would have been around during the Ancient Celtic period and what they represented.

Yes, the Celts had an incredibly special and strong connection to their native trees. This was for many reasons. These plants were respected for their medicinal properties, and their food supply, but they were also believed to be the home of many faeries and spirits.

What Did The Celts Believe Happened After Death?

Although there are no written records, the evidence that has been found of how the Ancient Celts treated their dead is a strong indication that they believed in an afterlife.

Did The Celts Believe In Yggdrasil?

No, the Celts didn’t believe in Yggdrasil. Although Crann Bethadh and Yggdrasil are both trees of life representations, their symbolic meanings and the mythological tales behind them are entirely different.

Still doesn’t make sense? Think of it this way, Catholic Christians and Islamic Muslims both religions believe in the one God. They are similar gods with some similar stories but they aren’t the same God. That’s how it is with Yggdrasil and the Celtic tree of life. 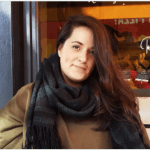